Four Four School of Music
Menu
Home » Guitar » What is a "Capo?" And do I need one? 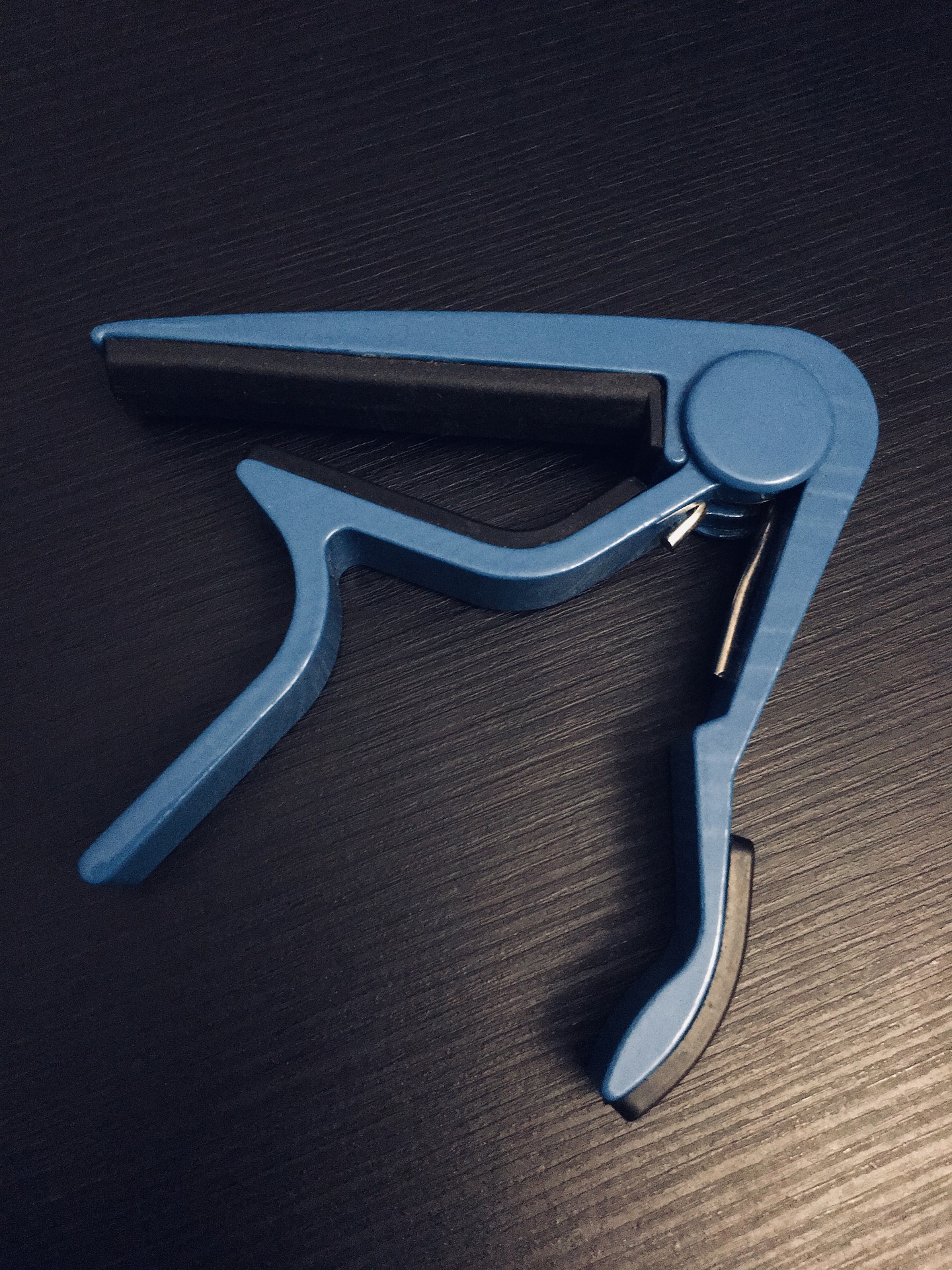 A "Capo" is a clamp that can be put over any fret of your guitar. Wherever you set it, that fret now becomes "zero" and you play your open chords relative to that. So if you have the Capo on the 1st fret and play an E Major chord, what you are actually playing is now one note higher (F Major). If you used the A, C and D shapes,  you would actually be playing A#, C# and D#. Using a Capo is a very easy way to play in different keys without having to learn a bunch of new chords. One famous examples of Capo use is "Here Comes the Sun" by The Beatles. George Harrison clamped his Capo on the 7th fret of his guitar and used D, G, A7 and E chord shapes "relative" to the Capo. The result is that the guitar sounds very bright, happy and uplifting which adds to the optimistic message of the song. While the Capo is often used to "cheat" difficult chords, it can also be brilliantly used to aid creativity and explore new terrain on your guitar. Do you need one? That depends. Some styles of music rely heavily on Capos (Country, folk, pop) and there will be songs that you might want to play that can only be done correctly using one. A lot of times you can get around needing one if you are good with your "Bar Chords," but the Capo sure would make things easier. They are also a lot of fun to play around with, even if you know tons of different chord shapes. And they aren't very expensive either (around $5- $20 depending on which style you get) so you don't have to invest much to give em a try! Guitar Lessons in Seattle